As I meandered around the Infield at the Zoo monument at the sight where Rosenblatt Stadium once stood, I came across a plaque that touched my heart more than any other feature on display.

Steve Pivovar was a sports writer for the Omaha World-Herald for 45 years. He was a loyal son of South Omaha and covered many sports at the World-Herald, but his passion was baseball and he was a good friend and guardian of the College World Series and Rosenblatt Stadium. Known for his old-school work ethic, he covered 500 consecutive CWS games and his spirit lives on here with the players and coaches he followed. 1952 – 2016 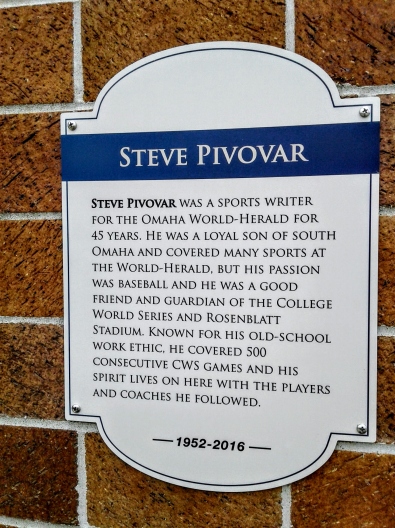 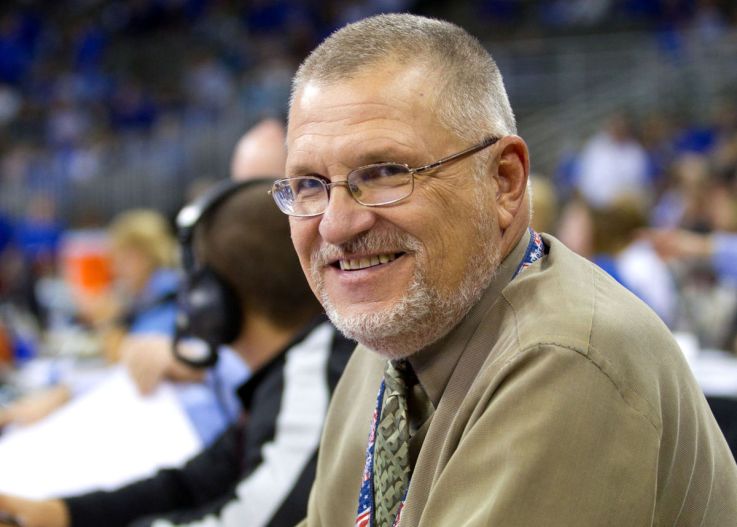 Steve Pivovar: College World Sereies and Rosenblatt Stadium guru
Here are some excerpts from Pivovar’s obituary in the Omaha World-Herald:

I met Steve in the Rosenblatt Stadium press box in 2010 during my blogfest of the last College World Series held at the Blatt. We had exchanged pleasantries a few times via social media and we shared a brotherhood in being S.O.B.s (South Omaha Boys). Like Steve, I had also worked for the Omaha World-Herald; as a newspaper carrier in my youth, then as an advertising intern in college.

During the epic Oklahoma – South Carolina rain delay I introduced myself to Steve and asked if he would autograph a copy of his book I had purchased. He obliged, but only after escorting me from his front row seat of the press section up to a small room that housed packets of team stats and other info. He said he didn’t like to do “that sort of thing” in the working area. Here was a legendary journalist exercising a great act of humility in the midst of his peers.

Even though Steve had literally written the book on Rosenblatt memories, he thanked me for the work I was doing and encouraged me to keep it up. I became an instant fan of Steve and his work. I continued to follow his stories up until his health would no longer allow him to work. Today, I am honored to have met Steve and worked in his presence. I still pick up the book and thumb through it from time to time.

Arizona based adventure and lifestyle blogger View all posts by Paul